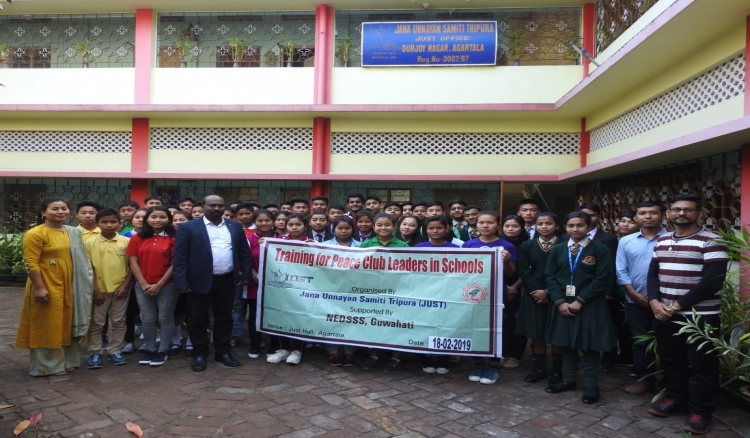 JUST organized a training for school peace club leaders on “Drugs abuse and Human Trafficking” at JUST hall Agartala on 18th February 2019. There were 44 peace club leaders from 8 schools who participated in the training. The topics during the training were; Drugs abuse and Hum   an trafficking. The Resource person was Mr. Sushant Chopra from Mumbai, Youth with a Mission (YWAM) Organization. The resource person shared the differences of Drug Misuse & Abuse. He also shared a note on Alcohol abuse its causes & measures to overcome it. The resource person showed a short video clip on human trafficking and shared 3 most common types of human trafficking which are sex trafficking, forced labour, and debt bondage. He also explained the 13 SIGNS of human trafficking through short videos and showed a video clip on “good touch and bad touch” to make the p articipants aware and raise voice when they come across such type of harassment. The participants were also divided into a group according to their school and were asked to write down what they have learned from the training and also to make an action plan.